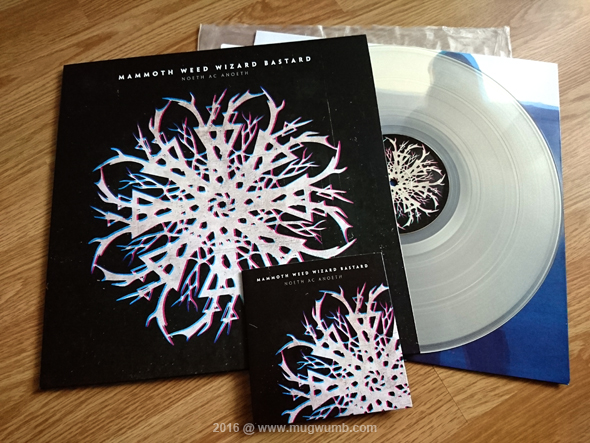 This mammoth, doomed, psychedelic, heavy album came earlier this week. It took a while to find this frosted transparent version but here it is now. Found this band via excellent Sludgelord blog and after listening few tunes from this album I was sold. Mammoth Weed Wizard Bastard.. the name of this band makes me smile just because it’s hilarious but their music ain’t. Heavy, doomed, crushing this debut album is. It’s like a bottomless dark hole in the ground, you are exited about but won’t go too near. Limited to 300 copies on this transparent frosted vinyl and there is also regular black version available (2nd press?). Frosted one is more likely sold out but you can grab that blackened one for example from Gargo Records.