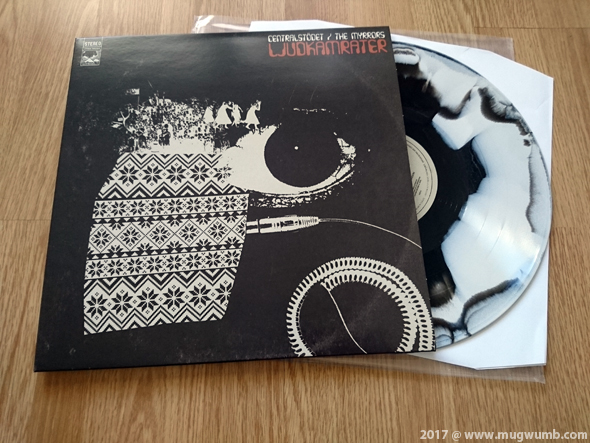 Last week, or was it week before that, arrived this split twelve-inch from Cardinal Fuzz. The Myrrors / Centralstödet with release called “Ljudkamrater”. Exactly what I was waiting from this release, psychedelic/kraut jamming and even though I’m not that big fan of split releases I have to admit that I like this one. Once again quality release from Cardinal and this time with Sky Lantern Records. This black/cream colorway is limited to 150 copies and sold out. Regular black copies still available for example from Norman Records , White Dwarf, Shiny Beast etc.