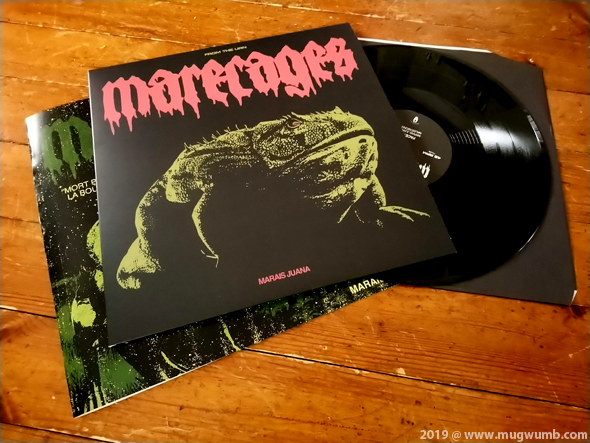 This abomination arrived last week and I have kept it hidden in the basement since that day..  Blah blah, actually it has been right beside my turntable, waiting to get some serious spinning. That day was today. This ain’t nice record at all, it’s kinda abnormity of doomed death/sludge.. something sick and I just love it! This record is intended to be played at the highest possible volume and have to admit it’s quite purifying experience. Limited to 75 copies on black splattered swamp green & 125 copies on black wax. Colored one is sold out but there’s still copies of “Abyss Black” version available from the label, From The Urn. Love it or leave it.