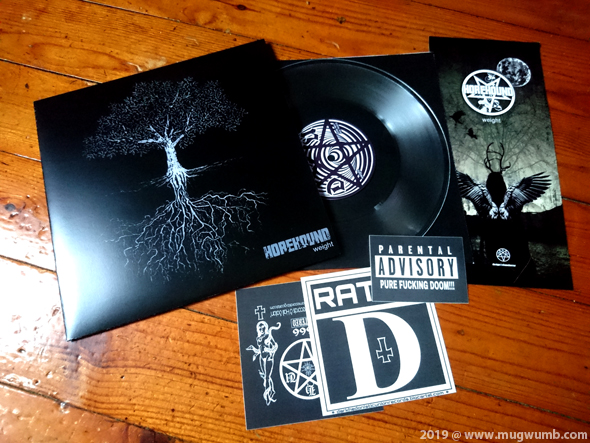 I know that this band has already released two albums but this eight-inch is the first I have bought / listened. Oh, and I’m loving it. DHU released this some time ago and after checking the band I had to have this (and obviously I’m going after those two full-lengths too). This awesome 8″ is limited to only 66 copies so I must say I’m lucky to have it. Have to admit that I was about to skip this release (shame on me) but came to my senses just before it was sold out. Nice one!