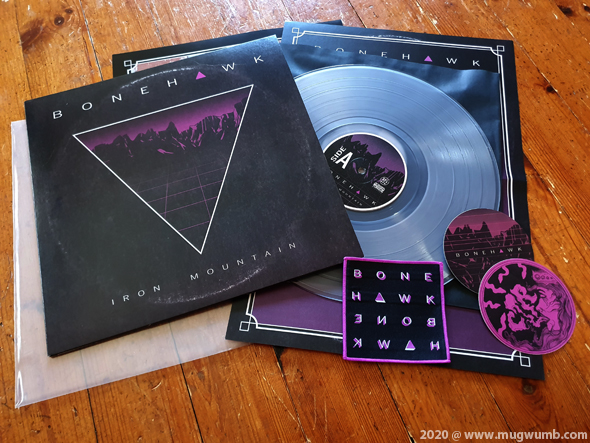 Bonehawk is again one of those bands whose music I have been supposed to get to know for ages and ages. It just happened that I didn’t even get the band’s previous album, Albino Rhino, before this latest one was released. Better late than never. As was the case with that Kitchen Witch record, too many records and so little time. The phenomenally beautiful hard rocking stoner album this surely is and will play on my audio equipment for a long time. Released by Cursed Tongue Records and available (pink-colored version) from the source, Kozmik Artifactz & band’s BandCamp site.