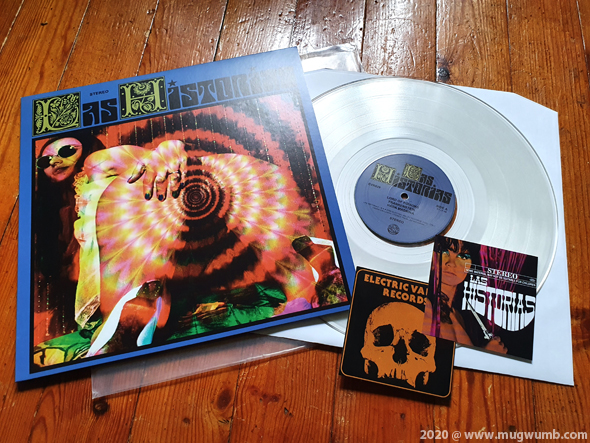 Some psychedelic, 70s influenced bluesy stoner/space rock from where else than South America and Argentina. There is coming so much new stuff from the same continent that makes me wonder what the hell is happening there? When this Las Historias album was announced by Electric Valley Records I skipped it because of that cover picture (rather frivolous reason, must admit) but I’m old-fashioned relic who once bought records based only on the cover art .. forgive my simplicity. Too late I realized that I had condemned the band for wrong reasons, all variants were sold out. Fortunately Kozmik Artifatcz suddenly announced that they had this record on their distro and I managed to grab this clear variant. Lucky me because all color variants are long gone by now. Recommended, highly.