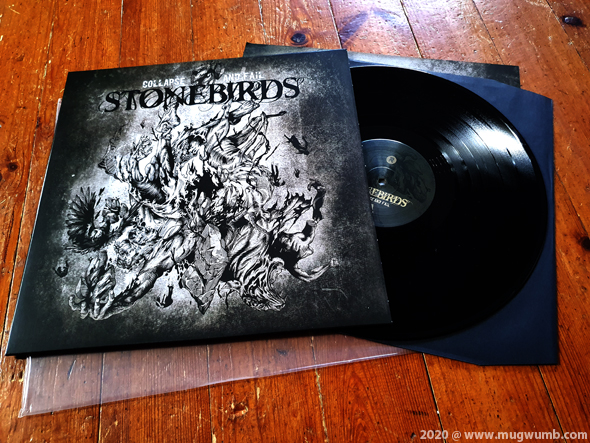 Woah, now we are talking! A Monstrous album from Stonebirds crushing my guts with its darkened & hopeless beauty.  This French band manages to blend various styles on this latest release. Mostly doomed post-metal with some distance echoes of sludge somewhere between the grooves. Bought their “Into The Fog… And The Filthy Air” album years ago and been waiting a new one to be released and just realized that I have missed an album between these two.. How in hell that can be even possible? Well, next one in my shopping list is that missing 2xLP called “Time”. Shame on me.. In the picture the vinyl looks very much black but when held to the light the effect can be seen, have to admit that it took little time and some advices to realize that..  This version is sold out but if you fancy regular version or even test pressing, Ripple Music still have those available. Band itself has some regular copies available in their BandCamp site too and Kozmik Artifactz has 1 copy still available.