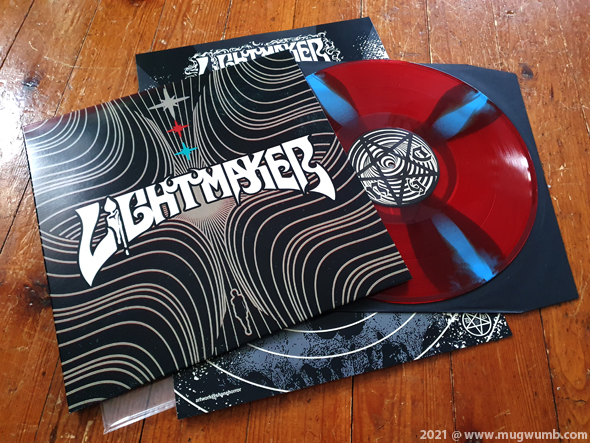 This is Lightmaker from States with their self-titled debut album. Hell yeah! Doomed stoner with haunting vocals, what else can you ask? Due to the situation all over the globe, it took nearly 2 months for this to arrive at its final location (my hands) but I have to say that every minute was worth the wait. This is a kind of record that will have a lot of spinning time in this household. Heavy as hell and at the same time so beautiful. Highly recommended. Released by DHU Records and there’s still “Band edition” (half black / half white) available from the source. Kozmik Artifactz also has that version if you are interested. And both color variations still available via Band on their BandCamp site!