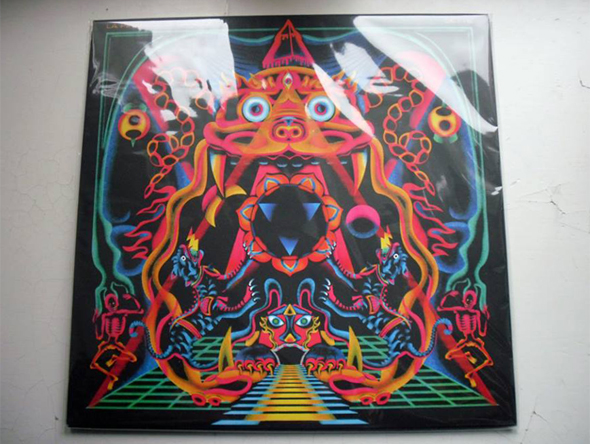 Got this picture from home today via mail, La Piramide Di Sangue: Sette LP has arrived (thanks to home for this). I remember that at first I rejected this album totally without even listening a tune (sometimes it goes like that). Then I came across with this album several times on several websites.. so I just had to listen what this was all about. Glad that I did. I really like this album mixed and seasoned with rock, world, psych, kraut and I can even hear some distant echoes of garage and sur… anyways, damn good album. I do not know about limitation nothing else than there are 600 copies pressed on black vinyl (according to Sound Of Cobra). Then there have to be grey copies also available.. Recommended release and available from following addresses Sound Of Cobra and Boring Machines.

p.s. I love the cover art on this album..